For a skilled golfer, having the right ball is what can push you over the edge. Whether you’re a scratch golfer or a 10 handicap, you need the right equipment. When you play the best golf balls for high swing speeds, you stay in the fairway and get clean looks at birdie. Bridgestone Tour B XS golf balls sound, feel, and perform the better than anything else we’ve tried, making it the easy choice for our top pick. 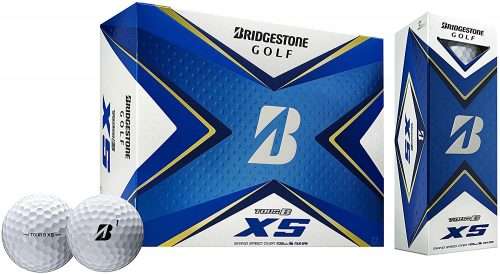 The outside cover is made from a light and soft urethane material. Bridgestone calls their cover composition REACTIV, and it is softer than most of the other best golf balls for high swing speeds. With this, it provides a boost in greenside control and spinning wedges under 100 yards.

So you swing hard, but want a soft outer layer to help with control—seems like a fair request. Unfortunately, crafting a golf ball that activates around the green without costing you distance has proven elusive. Not with Bridgestone and Tiger Woods on the case. With the Tour B XS, Bridgestone hardened the mantle to provide internal support and strengthen the core.

By combining the mantle and outer layer’s designs, Bridgestone succeeds where others fail. Once you’re on the course, you can feel that it responds differently to various types of shots hit with it. Put everything together and you have a ball that hard swingers can be comfortable with off the tee and around the greens.

Titleist released the Pro V1 in 2000, while the Pro V1x came a few years later in 2003. Since then, each of the models has dominated the golf world. In recent years, Pro V1x has held a slight advantage for players with harder swings. Whereas the Pro V1 fits a larger number of golfers, Pro V1x appeals to golfers with hard swings looking to generate higher ball flight and more spin. 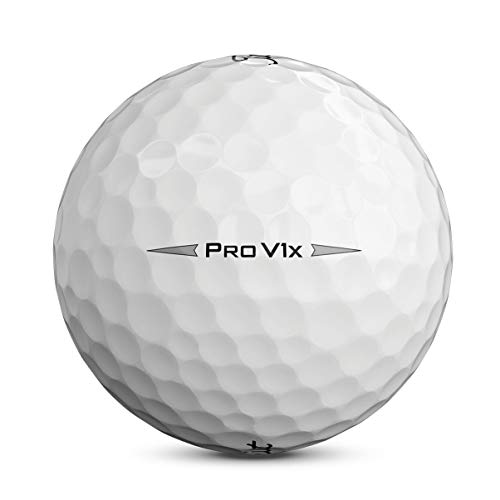 Using a Pro V1x promotes a higher ball flight with less roll. While using this ball, you will be attacking from a steeper angle. Because of the angle of attack spinning the ball isn’t difficult, but is also not as necessary. With this in mind, Pro V1x is an industry leader in carrying distance, a key factor in clearing hazards, bunkers, and forced carries.

When you’re a fast swinging golfer, a slight miss off the tee could lead to a disastrous shot. By choosing the high flight Titleist Pro V1x, you are giving yourself an advantage if you tend to hit lower on the clubface than desired. Now it won’t make up for your errors entirely, but rather than swinging 110 mph and having a ball that rolls as far as it flies, the Pro V1x will help achieve a more desired launch angle.

We’ve progressed past the point in golf history where there were only a few brands we could use if we wanted top-tier performance. One of the companies that have bullied their way into the conversation is Snell. They’re newer than most brands but gained a seat at the table through several models and years of high performance. This time around, the Snell MTB-X is capable of taking on any of the other best golf balls for high swing speeds. 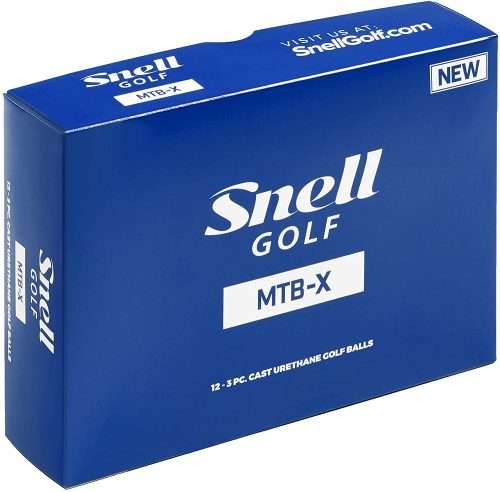 I know we have this listed as our top pick for distance, but a lot of the success you’ll find with the Snell MTB-X comes from how easy it is to work from side to side into the green. Just like off the tee, you’ll be generating more ball speed while maintaining your already fast swing. Even when you slow it down a little, the ball will still jump off your club.

With your irons and even wedges, a firm mantle helps you control approach shots. Even better, since your distances are naturally longer, you can club down. When you’re dealing with a hybrid or iron, or even a 5 vs 6-iron, most golfers will agree that they’d like to take the shorter club.

Just because you swing hard, it does not mean you’re a low handicapper. There are plenty of athletic people that pick golf up and can swing like crazy, but cannot control the ball. If you fall into this category, you need a ball that provides forgiveness and can withstand a 100 mph+ swing. Our choice for this, the Volvik S4. 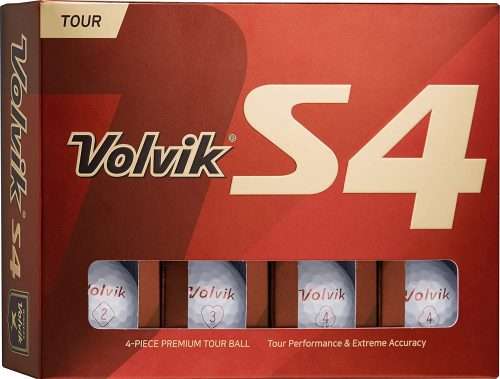 If you’re a high-handicapper, you aren’t hitting the fairway with every shot. For the couple times per round, you knock a branch or cart path, you don’t want to have to replace your ball. With the S4, you don’t have to thanks to a highly durable VU-X urethane cover.

Off the tee, you have low spin. Around the greens, you’ll spin the ball more. With this combination, it will be easier for you to find the fairway and control your approach shots. Dual-core technology will also help you maximize distance, putting you in a better spot to attack the pin.

Titleist AVX golf balls have only been around a couple years (compared to a couple decades of Pro V1). Already, they’ve made a mark in golf. AVX gives Titleist loyalists an opportunity to finally switch things up from the balls they’ve played for years. Without abandoning their favorite brand, they’re still getting one of the best golf balls for high swing speeds. 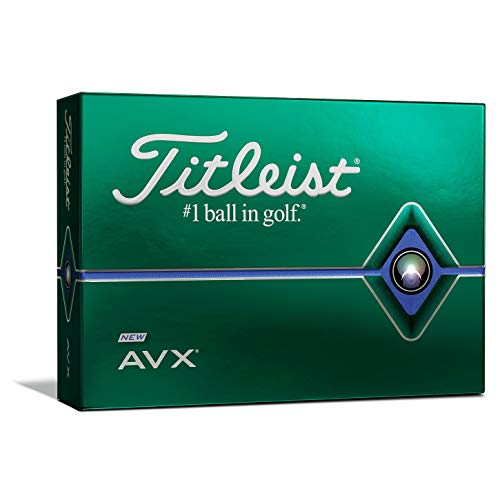 If you’re someone who spins the ball hard, to begin with, these two things working against you and compound your difficulties. By keeping your ball flight lower and reducing spin, it provides a better launch and landing angle, which leads to more distance and likely more control as well.

Srixon is on the 6th generation of Z-Star golf balls meaning they’ve had some time to perfect their design. It also means that players have liked and performed well enough with previous generations that they’ve continued to produce the line. 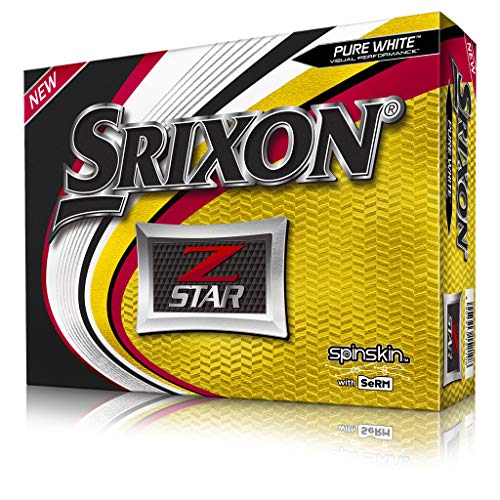 On the Srixon Z-Star, a mid-level compression gives you the best of both worlds. With this ball, you’re combining features that maximize distance, but also spin and control. Srixon built this ball from the core out. Going from inside to out, the ball gradually gets softer. Through this design, a hardcore and softcover allow for max distance and spin control.

A lot of the best golf balls for high swing speed tend to focus too much on generating ball speed, and not enough on control. Srixon breaks that cycle with a SeRM urethane coating on the Z-Star. A flexible layer, it meshes well with wedges and irons, generating spin (as long as your grooves are clean).

Now more than ever, there is a surplus of options when picking out the best golf balls for high swing speeds. Brand, model, color—everything. There are plenty of choices, and because of this, there is no reason not to try a few different balls (every year) to find what works best for you.

In the past, we’ve been stuck with only a few different options if we swung the club more than 100 mph. Now, that’s not even close to true.

One of your primary concerns should be your normal ball flight. If you hit the ball low, there’s an option for you. If you hit high, ballooning shots, there’s a model that’s going to help you increase hang time. While some players prefer to hit low runners and other high shots that are all carrying, the sweet spot for distance is somewhere in-between. Give yourself a chance to hit it as far as you can—you don’t want to be wasting a fast swing and leaving yards on the table.

The other main consideration is spin. While some golfers have good control with their approach shots, others need a bit more help. If you want to land the ball in tighter areas without changing the angle of attack, you need more spin. On the contrary, if you find yourself over-drawing or over-cutting longer shots, you need a ball that produces less spin.

Here’s the thing about high-performance golf balls designed for hard-swinging players, they’re all good. Go out, try a few, and settle into a pattern that you’ll get used to. Lower scores will follow.