Our top pick for best golf driver under 200 is the Cobra King F8. This driver asks the fewest compromises of any of our selections. It offers as much in terms of technology as most drivers costing twice as much or more, and it also belts it a mile.

Golfers today have equipment options like never before. On the high end of the scale, modern science and computer-aided design (CAD) are helping players wring out distance from their drivers and optimize ball flight. Even the frugal golfer today can afford impressive playability.

In terms of overall sales, Cobra has been playing second fiddle to a few other brands for years. As far as performance and innovation go, it caught up to the competition years ago. For proof, look no further than the beautiful and powerful Cobra King F8.

This club offers much of the same technology of clubs costing twice as much or more. An innovative high-COR face couples with multiple materials and forms of adjustability to provide unparalleled forgiveness and distance for the category. This is a lot of club for price.

This club introduced the CNC milled face to golf. Milling allows Cobra to precisely control face thickness. The result is a higher COR and a larger sweet spot, so off-center strikes travel farther. The milling also produces a rising-sun effect that is eye-catching and just plain beautiful.

The CNC milling also allowed Cobra engineers to vary the curvature of the face. The top half has more of a bulge than the bottom half, optimizing the results of strikes on either. The horizontal is optimized to reduce the gear effect, increasing accuracy on heel or toe strikes.

The Cobra King F8 is one of the newest clubs on this list, a fact which belies its affordable cost. As such, its multiple methods of adjustability are not surprising. They are, however, unusual for the category.

The club has an adjustable hosel, allowing the golfer to choose from eight different loft settings with .5-degree effective results. There are also two different moveable weights, one that moves the center of gravity and one that alters the draw bias.

Normally, one would expect only a premium-priced driver to offer multiple shaft options from quality third-party makers. Cobra’s inclusion of this option is a game-changer for the category. Users can choose between Aldila NV Blue (60 grams) or Green (65 grams). There is also a super light 50-gram CK shaft from Tensei.

Another feature common to the upper end of drivers is aerodynamic optimization. The Cobra King F8 has a series of raised bumps on the crown that create precise turbulence, which helps reduce air resistance during the swing. The bumps are made from a lightweight polymer to keep the center of gravity low.

Most clubheads in this category are all-titanium, but the King F8 crown is made from carbon fiber. The use of this material allows engineers to save weight, which they move to the perimeter to increase MOI.

Grey Crown not for Everyone

The Nardo version of the King F8 has a grey chevron on the crown. While it does aid in alignment, the paint seems dated. Not everyone agrees, of course, but the styling is off-putting to some. There is an all-black Cobra King F8, but it ups the cost a bit (usually over our self-imposed $200 limit). 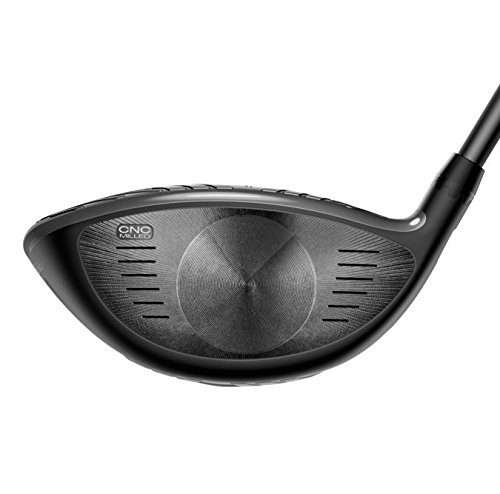 When TaylorMade introduced the original RBZ (RocketBallz) line of drivers in 2012, they set a new standard for performance. The all-titanium was a marked improvement over the previous generation of drivers. Soon, the white-crowned clubs were starting a new trend.

The re-introduced club is a reasonable facsimile of the original. Gone is the white crown, which is why the club gains to moniker of RBZ Black. The clubhead remains an all-titanium design, though there are noticeable differences between the two clubs.

Weight positioning is low and peripheral, raising MOI and allowing for a high ball flight. The loft is alterable via an adjustable hosel. Unlike the original RBZ, the RBZ Black has a Speed Pocket channel behind the face, which also helps raise ball trajectory. 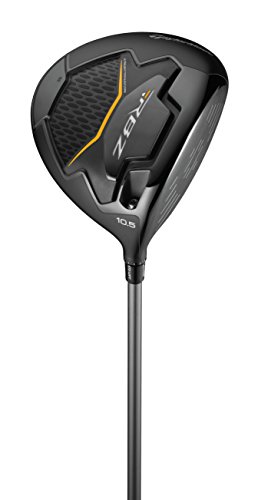 Compared to most of the newest tech, the TaylorMade RBZ Black seems quaint. Its lone adjustable feature is a hosel sleeve, which adjusts only for loft. There are many fewer options to confuse the average player on whom – let’s face it – too much adjustability is just wasted space.

The TaylorMade RBZ Black is a bit of a throwback in this age of ultra-adjustability. Its clubhead is uncluttered, missing the aerodynamic add-ons of other modern drivers. The design may be based on an older one, but it was a design that got the job done.

The Speed Pocket has become a signature technology for TaylorMade because it works. Lowering spin makes for straighter drives, meaning less distance lost to a bending trajectory. A higher launch instantly translates to more carry yards, essential for forced carries and wet courses.

This is a common theme with hosel adjustments: adjusting them means changing the lie angle. The face rolls closed to lower loft and rolls open to raise loft. These issues are more problematic for those players with a wild miss to only one side. While these aren’t the worst problems, they’re still worth mentioning.

Another problem worth mentioning is the afterthought of a headcover that comes with the RBZ Black. Honestly, such a handsome club deserves better, and most players will pony up the cash for an upgrade. It may help keep costs low, but it’s an eyesore. Budget for a better option.

Cobra’s F-Max is the company’s contribution to the no-frills, throwback driver market. Absent are any adjustable features, though the help that is present will work for most mid- to high handicappers. Its CG is positioned low and rearward for a higher launch, and its forged titanium face is hot enough for most players. 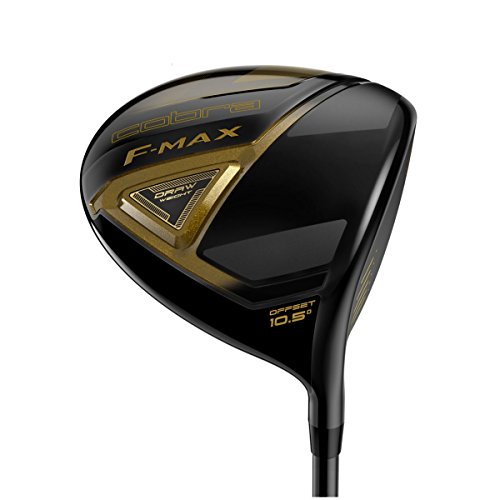 Bang for the Buck

It’s hard to beat this club in terms of value. Costing on average a third of what a top echelon driver typically does, few players will regret the choice to invest in an F-Max. If adjustability and hyper-flexible faces are important to your game, look elsewhere. Players with simpler tastes should appreciate this club.

With extra weight situated at the heel, the F-Max is designed to let the toe close through impact. Letting the toe drag is a main reason for high, weak slices, so this will fix that miss for many players. It doesn’t address the other reason for a slice: the dreaded out-to-in swing path.

Won’t Talk to a Hook

Not being adjustable, this club should only interest players who struggle to release the club. If an open face at impact is your issue, the F-Max will fix it. If you already draw the ball, steer clear of draw-biased clubs, as they will induce a hook. To those who already hook it, run away.

The Callaway X Series driver is exactly what one would expect of a club in this category. It is simple and understated, without many of the fussy adjustability options that can clutter other drivers and confound their users. However, it is also missing the newest tech that makes Callaway drivers desirable.

What the X Series does have is a thin, hot face with plenty of spring for the average golfer and an aerodynamic profile to help the average player pick up a bit of clubhead speed. Most high handicappers will never need more driver than this. 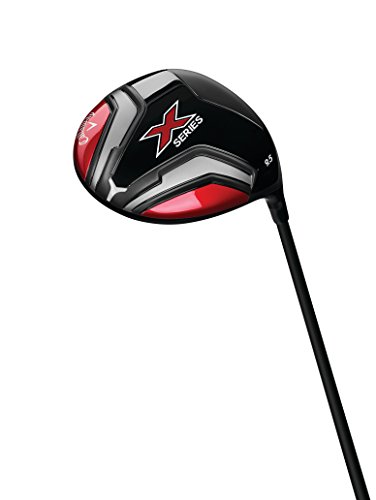 While the X Series won’t do much to correct a bad swing, it still provides plenty of punch for the average player. The thin face has a nice pop to it, and results of good swings are always playable. There’s more help for those who miss it to only one side, but they’ll have to pay for it.

The engineers at Callaway use chemical milling to work the head shape. This method allows them to move weight to the perimeter, which raises MOI and improves forgiveness. It is also a cheaper way to accomplish this task, which enables Callaway to keep costs down.

Most modern golfers expect their drivers to make up for their shortcomings. Back in the day, the driver exposed weaknesses in a player’s swing. Now, the driver’s tech helps it produce good results from bad swings. Unfortunately, the X Series is a throwback to those not-so-halcyon days.

Also a bit of a throwback is the stock shaft on the X Series. Callaway uses aftermarket shafts in its top-tier drivers, so one would be forgiven for expecting the same here. Unfortunately, users get only a stock Callaway shaft in one of three flexes. If it works for you, great. If not, there’s no real remedy.

Today’s golf club market is in a strange place. Drivers long ago began nearing the official limits that the USGA and R&A set around the turn of the 20th century. Modern aerodynamic trends may make clubs marginally faster, but strict limits exist for how efficient a clubhead can be.

The USGA sets limitations on three parameters for drivers (and other clubs as well). But CAD transformed the equipment industry, allowing manufacturers to nudge right up to these limits. Not all drivers push each of these limits to the maximum, but most modern drivers approach them.

The characteristic time (CT) is the time it takes the face to relax after it strikes the golf ball. It is a measurement of how long the ball stays on the face during impact, and hence of the flexibility of the clubhead’s face – or the trampoline effect. The USGA limit on CT is 257 microseconds.

The coefficient of restitution (COR) is how efficiently the club transfer’s energy. It measures how effective the clubhead’s materials are. The current USGA limit on COR is .83, so the clubhead may transfer no more than 83 percent of its energy to the ball.

The moment of inertia (MOI) is the clubhead’s resistance to twisting on off-center strikes. It is essentially a measurement of the club’s forgiveness, as a more stable clubhead loses less energy to shots that miss the sweet spot. The USGA limit on driver MOI is 5900 grams per square centimeter.

Getting an older or simpler design can save a golfer big money. It also forces the player to sacrifice performance, though often only the bare minimum of it. These drivers are affordable yet still impressively modern, giving playable results on decent strikes and – for some – impressive help on less-than-perfect swings.

There are countless options on the driver market for players with unlimited budgets. The rest of us must compromise. The Cobra King F8 is so packed with features, it boggles the mind that it can be had for such a fair price. Yet, here it is.

The other clubs on our list simply require more concessions on the part of the player to recommend them over the F8, though they are all fine clubs from respected and proven makers. It’s never been so good to be frugal.