When the clubhead strikes the golf ball, the ball deforms on the club face and stores the energy the clubhead delivered. The more efficiently the ball then snaps back to its original shape (coefficient of restitution), the more distance the shot will likely go. The key is to match up the ball’s COR with the golfer’s swing, and it’s much easier said than done.

There are several aspects of golf ball design that manufacturers manipulate to tune the ball to certain players’ swings this way. The interplay between these factors is what makes golf ball selection a tricky and personal journal. For players who swing in the 80s, it starts with compression. 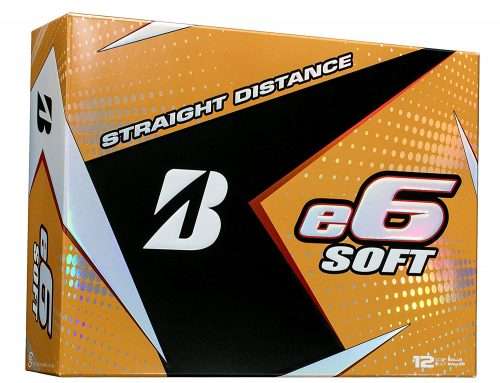 Compression refers to how easily deformed a golf ball is. Low compression golf balls are softer, meaning a player with a slower swing can fully compress them. Shots will launch higher and with more backspin. Compression values can be as hard as 110 or as soft as 60 (or even lower).

Low-compression golf balls feel more comfortable to hit, but they can also solve some other issues. Because the ball tends to leave the face still compressed, there is often much less side spin. Slices and hooks are sometimes instantly cured when players move to a softer golf ball.

Slower swing speeds benefit from larger cores. A large, soft core deforms easier, so players get more energy storage from the strike. However, the simple two-piece design that has dominated the low-compression ball side of the market may not work for all players.

Manufacturers are now able to utilize extra-thin mantle layers that still deform easily, yet snap back into shape quickly. The benefits of these designs may be more greenside spin, straighter ball flight or more distance off the tee.

When it comes to golf ball covers, two types dominate the market. First is the cheaper, synthetic (Surlyn) cover. This material is tough, but it is slick and lacks grab. The greater expense of urethane covered balls is due to the difficulty in manufacturing them. These covers are soft, producing extra spin on short shots.

Can a low-compression ball have everything? The folks at Bridgestone sure seem to think it can. When the company eliminated the e5 ball from its mid-priced e-Series, there was much consternation. The e5 was an affordable urethane-covered ball with a definite niche. With the release of the e6 soft, though, no one seems to be missing the e5. 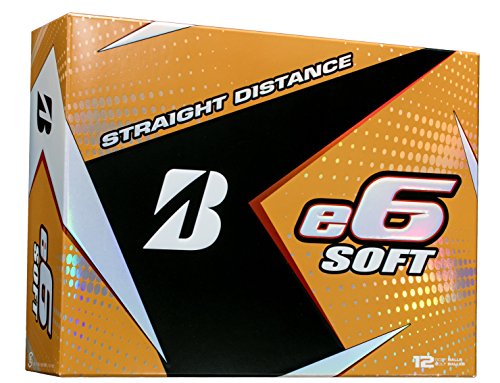 The e6 Soft combines the large, soft-compression core of the e5 with the firmer mantle layer of the previous-generation e6. The mantle is intended to help reduce backspin on driver and long-iron shots, while still allowing maximum spin on downward strikes from the scoring clubs. It elevates COR without creating a harsh feel.

Bridgestone did not take lightly its reboot of its mid-market golf ball series. The e5 and e7 were popular models, but the numbers didn’t lie. The engineers at Bridgestone poured over data from literally millions of golf swings during ball fittings over the past decade. Again and again, the numbers steered golfers to the e6.

With the redesign, the e5 and old e6 are married in the e6 Soft. Gone is the e5’s fragile urethane cover, and in comes a still-soft Surlyn cover. Greenside spin and feel are retained thanks to the mantle layer, which also keeps the e6’s tendency for straight flight. If you spray it, the e6 Soft will fly straighter than your current ball.

Spin When You Want It

Slow swings and unpolished short games don’t have to go together, but they often seem to. High handicappers can get a lot of benefit from added short-iron spin thanks to the ball’s tendency to hold the green. Low-compression balls can struggle in this area. They feel soft, but historically they don’t spin like high compression balls.

Again, the e6 Soft’s mantle layer is intended to address this pitfall. Spin on longer shots may be reduced, but the mantle layer actually works in concert with the cover layer to allow extra spin around the greens. The e-Series balls are much more like players’ balls than ever before.

There is no such thing as a free lunch. The e6 Soft is a superior low-compression ball because it flies far and stays in play. However, that straight-flight tendency can become problematic for golfers who end up in jail. Rescue shots from the trees can be all-but impossible, meaning pitching out instead of advancing the ball when you’re in the worst of it.

The Bridgestone Tour B RXS is perhaps the closest a low-compression ball comes to tour-level performance. The 64-compression core is gradational, like all the Tour B models, but it is the softest in the line. The varying hardnesses of the core increase initial ball speed, but reduce side spin for straighter shots. A urethane cover helps produce greenside spin and feel. 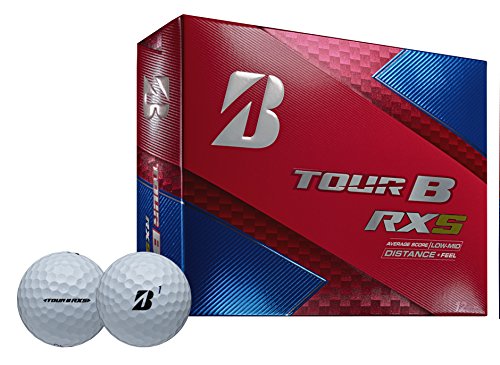 The Tour B RXS can be the perfect ball for the right golfer. The typical three types of golfers with slower swings (women, aging men and juniors) will all benefit from the total package. A urethane cover improves feel and spin rate around the greens. The low-compression core provides feel and distance. It doesn’t get much better in this segment.

Short hitters will appreciate the attention to detail here. Bridgestone uses the same Dual Dimple design on the B RXS as the others in the B series, but it softens the edges of the dimples in the B RXS. This change reduces friction, allowing for less drag and a more penetrating flight.

While Bridgestone should be applauded for giving slow swingers a better ball options, there is no confusing the B RXS for a true tour-level golf ball. Around the greens, they spin adequately but not impressively. Costing the same amount as a premium ball, one should expect to make no compromises. There are still some to be made at this level, though.

The Q Star Tour is Srixon’s answer to better players with moderate swing speeds. It shares much of the same technology as the company’s tour-played golf balls, but Srixon utilizes a much lower-compression core to soften things up. The softer ball plays straighter, yet it retains a lot of the short-game spin of Srixon’s high-compression balls. 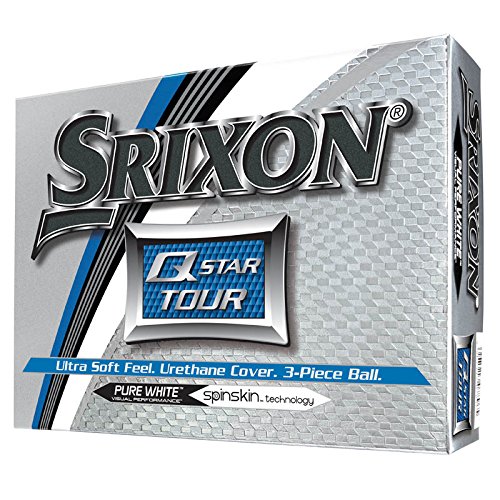 The only thing distinguishing the Q Star Tour from Srixon’s tour-level offerings is the softer core. Other than that, it is the same ball as the firmer-compression Srixon tour balls. Players get the performance of urethane and of a well-engineered cover with a mantle layer to keep things flying straighter. It’s also one of the most affordable urethane-covered balls available.

Soft Off the Putter

The gradational core in the Q Star Tour has a lot of give early. They play long off the tee, but they can feel overly soft for some players as the shots get closer to the hole. They also require a firmer hit on putts, which can be problematic if a ball change occurs mid-round.

Wilson-Staff has long been a player in the low-compression golf ball game. Its latest offering, the Wilson Duo Professional, combines a 60-compression core with a firmer mantle and a urethane cover. These are the calling cards of all the major players in the market, but Wilson does it with one of the cushiest cores available. 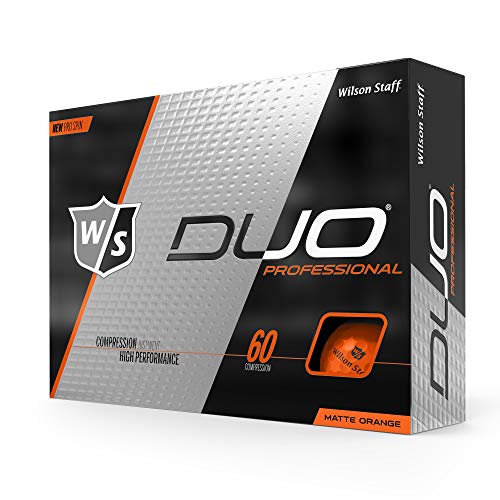 While the Duo Pro has one of the softest cores available in a ball of this type (semi tour-level), its playability is saved by its firm mantle layer. Whereas other soft-compression balls sometimes feel like marshmallows around the green, the Duo Pro’s mantle makes these shots feel much more natural and predictable.

Not a Tour Ball

No, it’s not trying to be a tour ball. But neither is it a budget golf ball. Aiming at the middle of the market pits the Duo Pro against some serious competition, and it does little to distinguish itself here. This is a ball that does a lot of things well, but it breaks no new ground.

The Callaway Supersoft has been a mainstay for the better part of a decade. Its popularity owes much to its 38-compression core, which is Callaway’s softest and one of the softest on the market. The Supersoft’s synthetic cover is also extremely soft, lightening feel on every shot in the game. 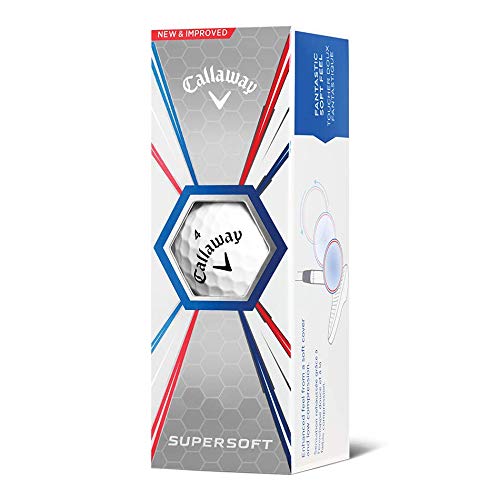 The 38-compression core in the Supersoft presented Callaway with a challenge. Durability becomes an issue at such soft durometers, so the engineers toughened it up chemically. The resulting core is technically zero-compression, which is actually firmed up a bit with the still-soft cover. For the slowest swingers, the Supersoft may produce the best results.

Too Much for Some

While the very slowest of swingers may well benefit from the Supersoft’s ultra-low compression, anything faster will blow these things up. When the ball remains compressed after leaving the face, a distinct lack of distance results. With these balls, that may happen just north of 80 mph.

Titleist created its largest-ever core to improve its new Titleist Tour Soft golf ball’s distance. To do so, the engineers devised a super-thin ionomer cover. The result is one of the softest feeling Titleist balls on the market. Two-piece construction limits the wow factor, but the Tour Soft enters a hot segment. And it’s by Titleist, so there’s no faulting the pedigree. 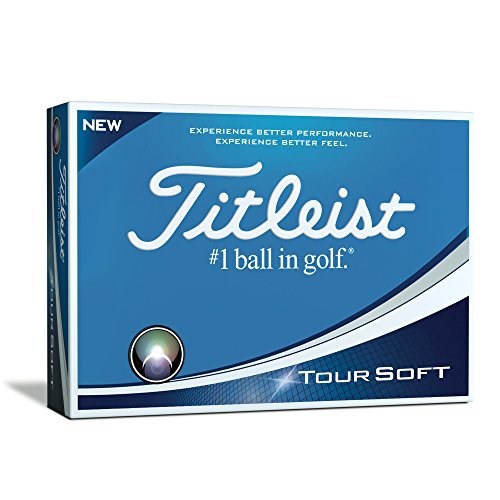 The larger core in the Tour Soft allows for a ball with a supremely low compression to still have a decently high COR. More snap back means more distance in general. The Tour Soft balls are either deceptively long or deceptively soft, depending on your point of view. Either way, they work.

Like all other two-piece balls, the Tour Soft lacks the refinement of multilayered golf balls. Even the addition of a mantle would be beneficial in some ways, though the ball would lose in its chief attribute: core size. Ultimately, the Tour Soft is a great choice for slow swingers who want more distance and straighter flight. Whether it does the best job of that is up to the individual.

With the stratification of the golf ball market, players are better able than ever to adopt a ball that suits their individual attributes. Nowhere is this more evident than in low-compression balls. There is a golf ball in this niche to compliment any swing speed or budget.

Sure, there are more compromises to be made at the lower end of the price scale. But surprisingly, there are just as many to be made at the upper end. The e6 Soft is situated perfectly in the middle, solving more problems than it presents and not breaking the bank to do it. That doesn’t mean another ball on this list won’t solve a particular player’s issues. The e6 Soft just does the most with (and for) the least.